These are my comments on resource allocation (in general) and sample selection. In my opinion, the best way is to involve everyone

Multiple studies have shown that Coronavirus neutralizing antibody levels in the blood of COVID-19 rehabilitation patients significantly decrease within 2 to 3 months after infection. This has raised concerns about the protection provided by COVID-19 vaccines. As shown in the figure below 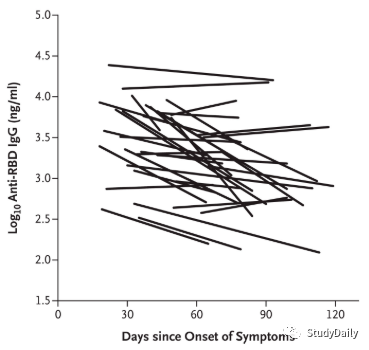 On the pessimistic side, Coronavirus infection does not necessarily confer lifetime immunity. This could lead to the need for everyone on the planet to be vaccinated every once in a while, even if the vaccine is relatively likely to provide longer term protection. In addition, viruses naturally evolve mechanisms to suppress or interfere with the immune system's response, thus infecting human cells, and we may have a long battle with the virus. As WHO has said, Coronavirus may never disappear. Humans may have to live with  Coronavirus.

If things develop as mentioned above --Coronavirus will coexist with human for a long time, how can we collaborate with the Coronavirus as expected without significantly affecting the economic and social development or shaking the political interests? While the safety of an individual's life is extremely important to the individual, national leaders' overall priority for reducing the number of infections is not necessarily higher than the combination of other factors. So how do we combine all the factors and keep the balance? I believe this is a classic trolley problem. The difference is that each step of this action is related to the trajectory of human development, and each step of decision making cannot predict the gains and losses of the next step with certainty. Your choice must take others' choice into consideration, and others' choice must also take yours into consideration; Your outcome depends not only on your choice of action, but also on the strategic choices of others. Moreover, if each country chooses to act in its own best interests, those choices could cause a global disaster.